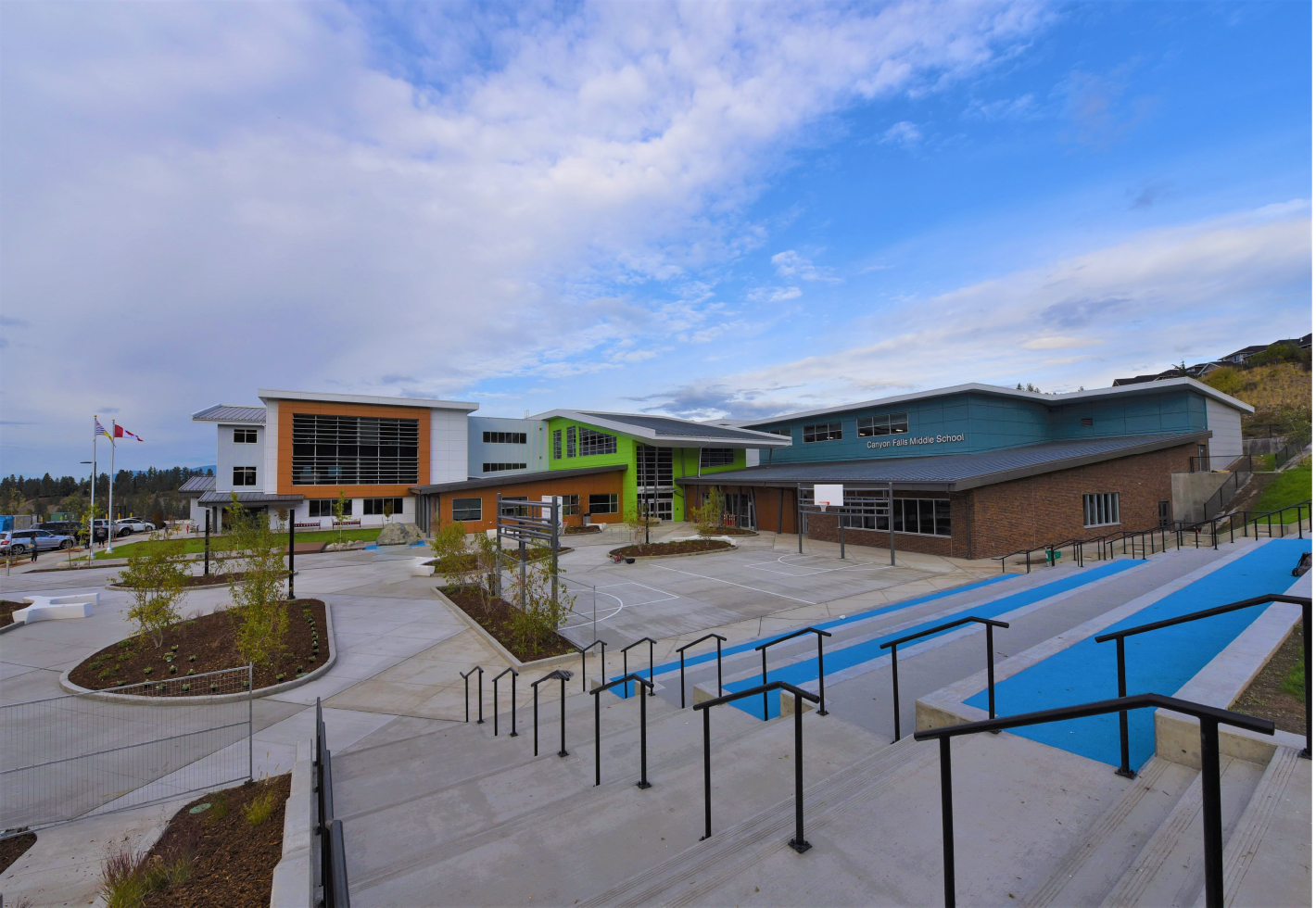 School District #23 recently completed construction on a new middle school in Kelowna, BC. The electrical distribution was designed in order to accommodate the installation of photovoltaic panels in the future.

Fortunately the School District was able to secure funding shortly after the completion of the school. The District’s Energy Manager worked with Falcon Engineering to design a system that would maximize the electrical generation while adhering to the constraints of the Fortis BC Net Metering Program. The intent was to install the PV array on the West sloping standing seam metal roof of the main atrium, which comprised of approximately 380 square meters of roof space. The Fortis program allows a net metered installation to produce up to 50 KW ac of electricity, and as such, a system was installed that is slightly over 60 KW dc, complete with a hybrid string inverter on the roof that manages the power flow. Due to the orientation of the array, there is minor clipping of output at peak summer production, however overall production is maximized. The system consists of 60.83kW of photovoltaic panels.

The project cost, including electrical modifications required, complete installation and commissioning of the PV array and connection to the web portal for energy production monitoring, was the lowest seen in the valley, providing the School District a reduced payback compared to initial expectations. With the school’s geothermal HVAC system and PV array, they have a very low carbon footprint and reduced operating costs.