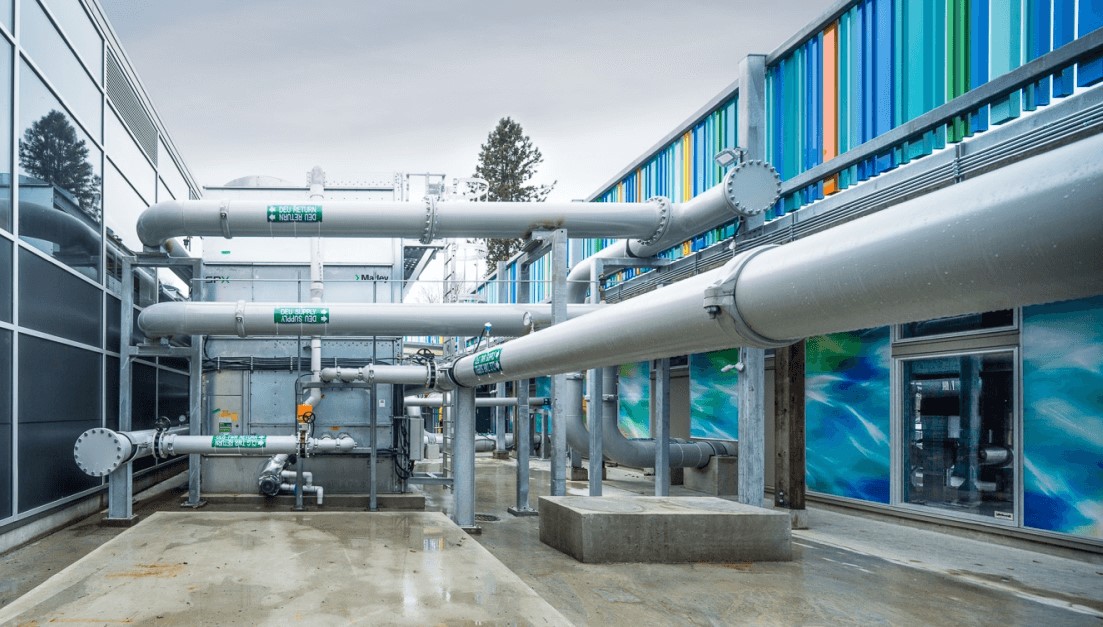 Falcon Engineering’s involvement in the Phase 3 expansion involved the design of a 330-borehole geoexchange field, including run out piping, tie in’s and connectivity to the system. The geoexchange borefield was designed by Project Team member Jeff Quibell. The ADEU system was awarded system of the year at the 2016 International District Energy Association conference in St. Paul, Minnesota.

Falcon’s involvement of the (recent) Phase 5 expansion project involved the design and hydraulic integration of future Borefields 3 and 4 into the existing district energy system. Borefields 3 and 4 were designed to have 270 and 180 76 m deep boreholes, respectively. Falcon was responsible and prime contractor for a collaboration between Falcon and KWL to assess and modify the design of the existing district energy system to accommodate flow from the proposed fields. The construction of the fields is expected to be completed in a phased approach, with the first phase of construction (i.e., installation of HDPE piping) successfully completed in 2019.